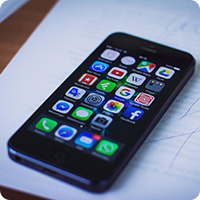 Companies are constantly searching for ways in which to further engage their customers via the use of apps, as the number of people owning a smartphone continues to increase. Aside from actions such as calling, emailing and text messaging, it’s clear to see why apps can dominate users’ mobile phone usage. Harvard Business Review, stated that mobile consumers spend an estimated 82% of their mobile minutes on apps in comparison to the mere 18% that is spent on browsing the web, taking phone calls and texting. Furthermore, they estimated that we each have almost 40 apps on our phones, but use a mere 15 on a regular basis. However, this […]

The bigger picture: Why the perfect SMS message doesn’t always give you results 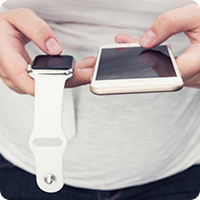 With the ever-growing number of mobile-oriented consumers, sending text messages to customers who have signed up to receive them can be an extremely effective tool to drive sales, build brand loyalty and broaden a customer base. Marketing managers can create an excellently worded, perfectly timed text message containing an SMS offer which is extremely enticing to its recipients, however, if the journey the user has to then take after deciding to initiate the call to action is a long winded or complex one, the SMS campaign can be a complete waste of time. It is therefore vital that mobile marketers also take care to ensure that aspects of their messages […]

How to Get SMS Subscribers the Right Way 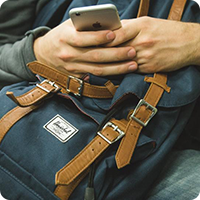 The greatest challenge for businesses who wish to start an SMS campaign is gaining SMS subscribers. This can often seem a very daunting task due to procedures which need to be followed and particular techniques which are far more effective than others. As for many businesses, particularly those new to the SMS game, this can seem an intimidating prospect. To help, we have put together a quick guide in order to share our top tips and advice. Give them an incentive to opt-in Gaining an email address is a very straightforward and achievable task for businesses today, yet gaining a customer’s mobile number can often seem almost impossible. This is […]

How to stop unwanted SMS spam

Spam text messages are a modern nuisance, plaguing our mobile phones with unnecessary adverts, often from businesses which don’t appear legitimate. However, it is possible for us to tackle the issue of spam texts by reporting them in order to minimise the number we receive. Here is a short guide explaining how to identify various types of unsolicited text messages and how to deal with the issues they cause. Identifying Texts as SPAM Spam messages are usually delivered to randomly generated numbers and advertise services such as PPI claim handlers, debt write-off firms or accident ‘ambulance chasers’. More often than not the sender will appear as an 11 digit mobile […]

How SMS is Transforming Waste Management in Senegal 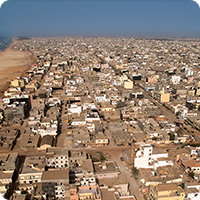 Did you know that Thursday the 19th of November 2015 was World Toilet Day. While it may seem like and odd, or maybe even humorous, thing to dedicate to a day, its very serious. There are 2.4 billion people on the planet who lack access to proper sanitation. An issue which can lead to serious illness issues in some of the worlds poorest countries. The capital of Senegal, Dakar, has a waste management reputation that is is poor to say the least, with 80% of the cities people currently using pit latrines. This is far from an ideal situation as they can often get full and stay full for […]