Why SMS Marketing Wipes the Floor with Email Marketing 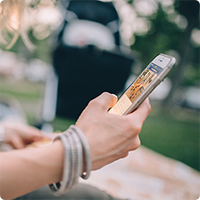 Over the past decade, email has successfully been utilised as one of the primary methods of online marketing. Undeniably, this method has enabled many marketers to become extremely successful over the years. However, with the constant development of technology, a new competitor has joined email as a widespread marketing platform. SMS messaging has emerged in the marketing world and proven to be an exceptional asset to business owners.

Much more significant to a user

Today we live in a world where people appreciate and rely on speed and convenience – SMS undoubtedly provides that. Furthermore, as SMS messaging has been around for decades it comes extremely naturally to users as a primary means of communication, and often provides a more personal feel than emails do.

In Britain, SMS messaging is now established as the most popular form of family communication amongst adults, with each of us sending an average of over 200 texts per month (Ofcom). This figure is significantly larger for those aged 18-24, who send on average an astounding 2000 texts per month (Nielsen). Furthermore, 90% of those texts are being opened and read within 3 minutes of being received. Emails fall extremely short of this immediate acknowledgement, with 1 in ten remaining unopened after 3 days. One clear reason for the stark contrast between the two marketing methods is that on average 91% of people always have their phone within arms reach, ensuring that you can reach your customer at any time of day. As a standard, every mobile phone is able to receive SMS, whereas not everyone owns a smartphone with the ability to receive emails, therefore SMS messaging is much more convenient and accessible for the consumer.

However, even when customers own smart phones, which enable them to receive both SMS and emails on their devices, 98% of texts are opened by users whereas less than half (44%) of emails are opened on smartphones. This once again provides evidence that the user engagement through SMS messaging is far higher compared to that of emails.

Although the Radicati Group reported 144.8 billion emails sent per day in 2011, compared to the same number of SMS messages being sent for the entire year (Ofcom), SMS messages remain the clear winners in terms of open rate, with 98% of texts being read in contrast to the mere 22% of emails. Though this is largely due to SPAM emails and junk mail filling our inboxes, customers who receive an SMS message containing information regarding a product or service are almost still four times as likely to open it than they are an email with the same content.

Similarly, the click through rates upon opening an email or text message also show SMS messaging to be triumphant. These click through rates provide vital information to businesses as to whether or not their campaigns are achieving what they set out to do, as it allows them to monitor the traffic to their website. On average, the percentage of clicks on a URL received in an email is now just 4.2% (Mailchimp), whereas SMS messages hold a clickthrough rate of almost 5 times that, with 19% clicks per URL delivered in a text, showing that once again SMS marketing is far more effective than email in driving traffic to your site.

There is no denying that without email, businesses and marketing would not have grown and developed to where they are today. However, over the last decade the effectiveness of email as a marketing tool has started to diminish and alongside this comes the rise of SMS. Although email usage remains higher than SMS, 73.3% of global email traffic is SPAM according to Kaspersky Lab, meaning that users are far more reluctant to open these messages and therefore are completely unaware of what businesses are even offering them.